Breaking the Stigma: Elite Athletes Open Up About Mental Health

When Gymnastics star and Olympic champion Simone Biles arrived at the 2021 Tokyo Olympics, everyone expected her to sweep through the competitions and deliver breathtaking performances. However, the pressure and stress that comes with being a top-tier athlete affected her to an extreme. Biles decided to withdraw from the Olympic team gymnastics final and individual all-around competitions. Many criticized this decision and shamed her for leaving such a high-level competition. But what they don’t understand is that Simone Biles’ decision was revolutionary. Having the discipline and courage to step away from the competition was incredibly important and has helped strengthen the movement of prioritizing athlete’s minds and bodies over competing at all costs.

Simone Biles fortunately was able to return to action Tuesday morning to win a bronze medal in the balance beam for exceptional performance. She even stated that “it means more than all the golds,” as it represented her ability to push through the difficulties of the past week as well as the past few years. She described how she overcame so much mentally, physically, and emotionally this year, which made the moment particularly special. Regardless of her decision to come back to compete, Biles made an inspiring decision.

In the past few months, multiple athletes have taken a step back to prioritize their mental health over satisfying the public. In years past, there has been a common culture of stoicism in sports. The public has been quick to label athletes as “quitter” or “weak” if they have not been able to continue in a competition or “play until it hurts.” However, in 2015 when Michael Phelps came forward to discuss his struggles with depression and suicidal thoughts, he helped open the conversation about the stigma surrounding athletes and mental health. This year, Simone Biles helped bring light to this conversation when she stated, “We’re not just athletes or entertainment – we’re humans too and we have real emotions.” 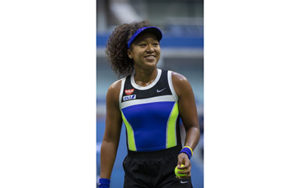 A few weeks ago, tennis champion Naomi Osaka turned the tides even further when she made the decision to step away from press conferences, and pulled out of the French Open and Wimbledon this year to protect her mental health. She described her anxiety entering press conferences and her struggle with long bouts of depression since 2018. Local Chicago athlete Tori Franklin also spoke up about this topic, describing her past battles with depression as a sophomore and junior at Michigan State. This is such a hard thing to do especially amidst a toxic sports culture. 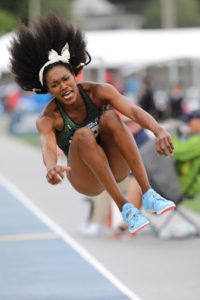 All of these athletes faced extreme criticism for their actions, with comments against them for “letting their teams down” or “showing weakness”. This showcases the toxic environment that athletes have had to endure for years. If anything, these athletes were incredibly courageous in taking a step back. By withdrawing from their competitions and speaking out about their mental health, these athletes have displayed ultimate strength and mental discipline. As Naomi Osaka stated in an interview with Times Magazine, “it’s O.K. to not be O.K.”

Having high-profile figures such as Osaka and Biles speak out about their mental health is a step forward towards eliminating the stigma around protecting your mental health, which is a message not only for athletes but for everyone. Whether big or small, mental struggles can be incredibly debilitating and can make it much more difficult to complete everyday tasks. By coming forward about these issues, athletes are teaching future generations that their mental wellbeing is just as important as their physical wellbeing. Anxiety, depression, and other mental disorders are very common and can affect anyone. It’s important that we normalize these conversations and encourage individuals to seek professional help when needed, rather than suffering in silence.

All images from Wikipedia